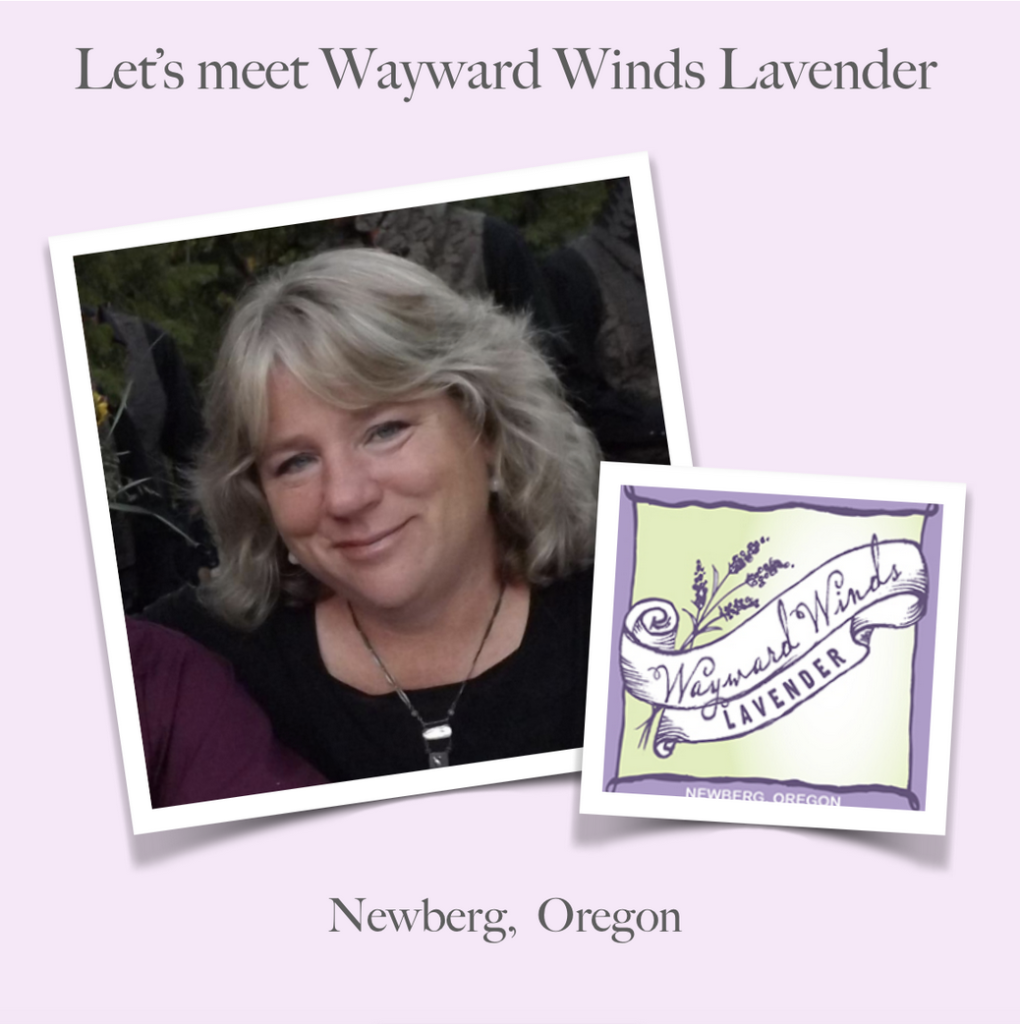 Marilyn Kosel might be considered the “godmother” of Oregon lavender. Not only is she the creative force behind Wayward Winds Lavender Farm in Newberg, but she also helped start the Willamette Valley Lavender Festival, was a founding member of the Oregon Lavender Association (OLA), has served on the board most years since its inception (formally and informally), and, in 2018, assumed the role of President of the OLA.

Marilyn doesn’t like the spotlight, so she assumed the role of president somewhat reluctantly, but her track-record speaks for itself. She gets things done. And she supports, encourages, and collaborates with those around her. Sounds like a good combo.

How long have you been growing lavender?

I’ve been growing lavender since 1998. We had a farm in Yamhill and grew lavender there for 10 years where we started our product line and built our private label and wholesale business. We moved into town for a few years but kept the product part of the business going. We were able to partner with other area farms for our lavender supply. We moved to our current location in 2011, in the Chehalem Mountains of Newberg. We planted lavender here, but still partner with other farms to fill all of our lavender needs.

How did you come up with the name of your farm?

What did you do before you were a lavender farmer?

I was a firefighter for 15 years during a time that female firefighters weren’t common. There were only a hand full nationwide. In reality, women firefighters still aren’t common but there are more in the profession now. I loved being a firefighter and was physically and mentally able to do it. I was often asked by my co workers why I was there. Many thought I had something to prove. In reality I liked the job and wanted to be there for all the same reasons they did. I hope I was able to make a difference for the women that followed.

What is your favorite lavender variety?

Why? That’s a tough one. From a business standpoint, I’d have to choose Grosso because it checks the most boxes. Grosso does a lot of things well and some things best. People love a field full of Grosso with its long stems and amazing fragrance. I certainly have other favorites and grow other cultivars for specific purposes, but if I was only going to grow one for overall usefulness, it would be Grosso.

What is your favorite use for lavender?

Much of our business focuses on the development of lavender products, so I would say my favorite use of lavender is finding the next new thing to do with it. I love the chemistry involved with product development. I’ve always been interested in science, but learning how to successfully emulsify, saponify, blend flavors and fragrances – it’s great fun for me. We have an old schoolhouse in Yamhill where we make our products. Complete with licensed kitchen and almost enough storage for all our ingredients and packaging. We’re trying not to outgrow it, but we kind of already have. I have also grown to love distilling essential oil. We distill our lavender in an antique copper still. We also distill for other farms. We’ve been lucky enough to have been awarded Best in Show at the U.S. Lavender Conference and have won some other awards with our oils.

My best advice for growing lavender is — have a plan before you plant. Your plan will tell you what plants to grow, how many, and what you’ll do with it. Do you want to use it in foods? For a specific product, or many products? For fresh cut? Distillation? Different lavenders have different attributes. Many of the early farms made mistakes by planting the wrong cultivars, planting too many plants, or not enough. Don’t be afraid to do something new – but also pay attention to others’ mistakes so you can avoid some of your own. Don’t be afraid to ask questions. Most of us that have been doing it for awhile are happy to share.

Another bit of advice: You need to be smart about your business choices, but if there is something you love to do with lavender, or love to make, you will have a good chance at success pursuing those things. Even if others’ success in the same area is limited. Customers can pick up on that love and passion — and are drawn to it.